Documentation is an important part of Apple’s streaming service Apple TV+, be it about our nature, dinosaurs, sports topics or people. An upcoming documentary is dedicated to actor Sidney Poitier, who passed away in January this year and did a lot of pioneering work in Hollywood. Among other things, he was the first African American actor to be awarded an Oscar.

The documentary deals with his rise in Hollywood and the challenges he faces during this time had to. At the 23. Oprah Winfrey’s production will be available in select theaters and on Apple TV+ on Sept. Reginald Hudlin is directing. Anyone interested in the life of the American can now get a first glimpse, because the trailer is available now. 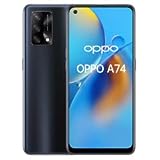 This article contains affiliate links, so we’ll mark it as Advertisement. By clicking on it you get directly to the provider. If you decide to make a purchase there, we will receive a small commission. Nothing changes in the price for you. Thank you for your support!

girocard in the first half of 2022: Strong increase in transactions